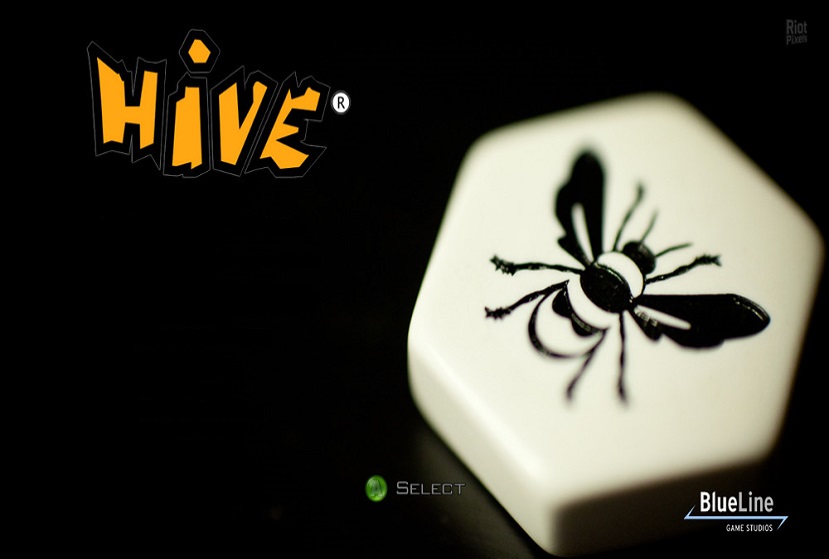 The officially licensed version of the “Mensa Select” award-winning board game! Hive is a board game with a difference. There is no board! The pieces are added to the playing area thus creating the board. As more and more pieces are added the game becomes a fight to see who can be the first to capture (surround) the opposing Queen Bee. Play against the Computer – AI with five difficulty levels. Includes “hot-seat”/”pass-n-play” mode for players who want to share one mouse/keyboard or gamepad. Full 3D with camera-control. Switch seamlessly between playing with mouse/keyboard and gamepad.

Same expansions as table-top version: the Pillbug, the Ladybug, and the Mosquito expansions are available as DLC. Each expansion can be turned on/off for any individual game. Play with these pieces online even if your opponent does not own the expansions! (they will also get to use the expansions during the game). Asynchronous play – you can play even when your opponent is offline. The Hive board game is a winner of many awards including “Mensa Select”, “Dr. Toy: Product of Excellence”, “Spiele Hits”, “International Gamers Awards”, and “Juego del año”. 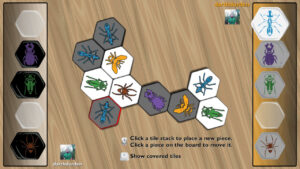